The History of T-shirt Printing 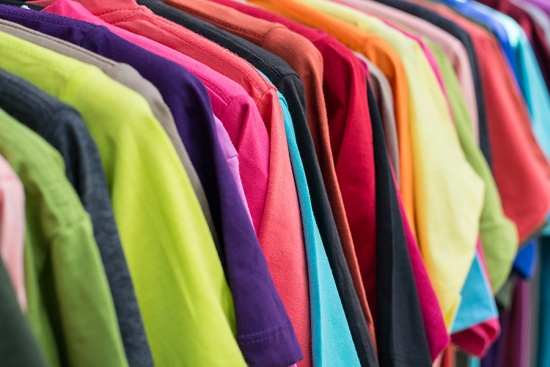 The humble t-shirt has gone from modest undergarment to ubiquitous style statement over the last 100 years. We take a look at why the printed t-shirt is so popular and how it gained cult status.

These days, almost everyone, from babies to grandmas, can be seen sporting printed t-shirts. From AC/DC to Versace, there’s no end to the variety of logos and styles available. However, the t-shirt started life as military underwear designed to be hidden under uniforms or overalls. So how did it become the go-to garment of every generation since the 1950s?

A Star is Born

The first evidence we have of a printed t-shirt comes from the 1939 movie, The Wizard of Oz. Look carefully during the wash and brush up scene, when Dorothy and pals finally reach the Emerald City, and you’ll spot the beauticians busily re-stuffing straw into the Scarecrow’s body. They’re all wearing green Ts with a large, white ‘OZ’ printed on them. Not long after this, Life Magazine featured a cover shoot of a member of the US Air Corps Gunnery School, posing in his army-issue printed t-shirt – the first time the garment was highlighted in such a prominent publication.

It’s Marlon Brando, however, who can be thanked for popularising the t-shirt as an over garment when he wore a close-fitting white t-shirt in his broody portrayal of Stanley Kowalski in the 1951 adaptation of A Streetcar Named Desire. Suddenly it was cool to wear a T and sales rocketed. It’s estimated that $180 million was spent on t-shirts during 1951 alone – mostly by young men who wished to emulate their heroes, Brando and Dean.

Another all-American icon, Mickey Mouse, was one of the first to be featured on a printed t-shirt and an early incarnation of the cheerful rodent can be seen on mass-produced Ts of the 1950s.

During the late 1950s, developments in garment technology, such as screen printing and advanced inks which used oil-derivatives to enhance colour, clarity and durability, gave rise to a proliferation of novelty holiday t-shirts which visitors to Miami could buy as souvenirs.

The technique of screen printing was popularised by Pop Art maestro Andy Warhol during the 60s and refined further by Michael Vasilantone who invented the multiple printing carousel. Artists were now producing art for the masses, and the designs ranged from political slogans, to band logos and commercial branding.

It can be argued that t-shirt printing is a vastly overlooked area of contemporary art, and if we consider the iconic designs of the last 40 years (The Rolling Stones’ ‘Lick’, Pink Floyd’s ‘Dark Side of the Moon’, the ‘Superman/Batman’ logos, ‘Frankie says…’ Acid House smiley faces, etc), there’s little doubt that ‘serigraphy’, as it’s known, may have had more of a subliminal cultural impact on our society than the collected works of the great art galleries throughout the world.

With the latest digital textile print technology, Sabur Inks can provide you with everything you need to print high quality t-shirt designs, and put your own stamp on today’s market.

 Back to News

Prices that are too good to miss!