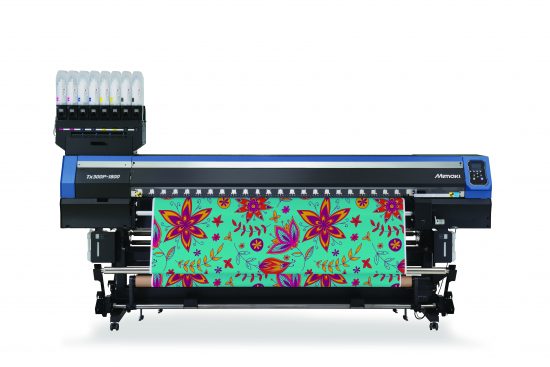 In this article we take a look at the history of textile printing, and the influence its had on the development of today’s printing technology and machines.

Around for thousands of years…

The earliest example of printing onto textiles dates back to the 4th Century B.C. The simple yet effective wood block printing method (which most likely originated in China) was used throughout East Asia and long before the technique was ever used to print on parchment or paper.
Spanish Conquistadors also discovered both the Incas of Peru and Chile along with the Aztecs of Mexico practised woodblock printing, but unfortunately there’s no documented evidence to confirm whether these ancient people discovered the art form for themselves or somehow imported the technique from East Asia.
Then in the 12th Century, and as a result of expanding trade routes, printed fabrics arrived in Europe. Produced in a hurry, the inferior dyes made for the European market tended to melt away when washed, therefore as decorative items didn’t need to be laundered, the technique was used to produce interior furnishings such as wall hangings and lantern covers.

In the early 1600s, the infamous East India Company began importing prints into the United Kingdom. Made from a plain cotton fabric and using only a single printed colour, the designs  were specifically created for the reserved British tastes of the time. English designers also began sending floral patterns back to India, and as a result the market in printed textiles rapidly expanded, so mush so, UK based dye-houses began to open and printing techniques began to evolve.

Prior to the introduction of these printing machines in 1783, engraved copperplates were used to press inked patterns onto the cloth. Of course even though this was a much quicker process than traditional wood block printing, due to the size of the copperplates, it was very difficult to match the pattern up. So as the result, the process was confined to textiles with a small print area, such as handkerchiefs.

The invention of textile printing machines 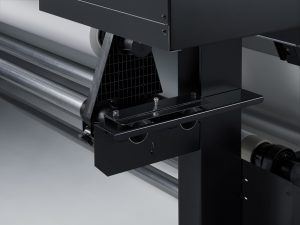 Patented by Thomas Bell in 1783, and first used in the Lancashire fabric mills, roller or machine printing began to produce printed cotton fabrics in the early 1790s.
Using a revolving engraved metal cylinder, the machine which could print one consistent colour onto the fabric, was not only capable of mass production compared to traditional wood block printing but was also very cost effective compared to traditional techniques.
Then by 1860 and following a number of key enhancements, roller printing machines could not only process expensive fabrics with delicate designs, but could also print up to eight colours simultaneously. However even with these developments in textile print technology, specialist woodblock printing, unlike traditional screen print which still exists today, was still needed to finish large scale soft furnishings, and wasn’t completely replaced by the commercial printing industry until the early stages of the 20th Century.

The introduction of digital machines

In the late 1980s, the industry made another leap in technology with the introduction of digital printing. Like its predecessor, the roller machine, this new type of machine began to revolutionise the industry. Using an ink-jet method to physically print colour dyes onto textiles, the process was originally used to produce very small orders such as corporate wear and fabric communication items such as flags and marketing banners. Then in the early 1990s came the development of the sublimation printer.

How does sublimation printing work?

Using heat sensitive inks, sublimation textile printing is a technique which uses high temperatures  to turn the appropriate inks into a gas and then combine them with the structure of the fabric to replicate the image. Only for use on polyester, the design won’t crack or fade even when the printed item has been laundered a number of times. 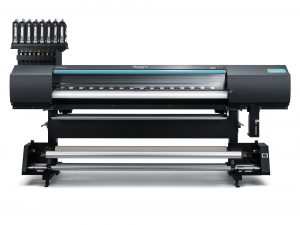 How print design has evolved?

Unlike screen printing, digital provides the user with a lot more control in respect of the colours and inks used. However on the flip side, traditional screen printing can produce many more items at a time, making screen printing a viable option for substantial orders. This maybe due to the printing machine and the necessary ink cartridges required, not yet being large enough to process a substantial order. However with continued developments in technology, this shouldn’t be the case for much longer.
The main digital printing methods reduce the amount of time spent on set-up and production. Often used for artwork with a lot of detail, digital direct to garment printing also produces more colours at a higher resolution, without the customer having to compromise on the look of the design, or needing a traditional screen to be made for each colour.

The future of digital technology

Throughout the last decade, it has continued to rise in popularity.  Easy to set-up especially for one off orders, digital printing has not only transformed the market, but created a number of additional revenue streams for print organisations. Furthermore, marketers are now able to commission branded products to amplify their campaigns, conferences or seminars, without having to place a large and costly order, or consider the amount of time required to produce their requirements. Plus driven by seasonal trends, retailers can now easily source point of sale signage and promotional materials.
With the ability to facilitate large requests, traditional screen printing still has a place within the industry. However when it comes to bespoke, small batch orders, digital textile printing is leading the way. From corporate branded tshirts, local sports team clothing, fabric goodie bags and even personalised home furnishings such as wall hangings, curtains, cushions, table cloths and duvet covers, the ease and cost effective production method has enabled printers to work with their customers to create bright and refreshing designs at a very cost effective price.

 Back to News

Prices that are too good to miss!